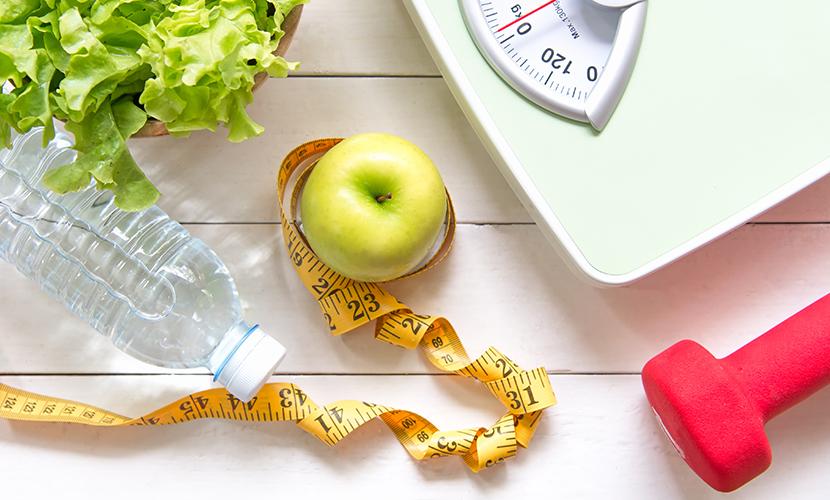 On paper, weight loss sounds cool and simple but when it comes to implementation, it can be very hard. One might get pieces of advice from different people and some of them can be ridiculously stupid as many of them might have never acted on it. There are studies which prove that individuals who were overweight before, lost lots of weight and still maintains to stay fit by implementing daily fitness tips. If a person is able to lose 10 percent of the weight in the initial stage and maintains it for a year then it is considered as long-term weight loss which can be very tricky. Defense mechanisms act against a person even after the long-term thing such as day-to-day stress, returning to old habits, low energy metabolism, and increased hunger. Following are 10 tips for maintaining weight loss:

People tend to get into more of veggies and fruits when they work on weight loss program which is a great step as it has high water, fiber and bulk makes the stomach go full. Usually, when a person is contained with food then the calorie increases to a larger extent which dampers the whole program. Remember that juice doesn’t include in this context as when vegetables and fruits go into the juicer, the byproduct losses all the beneficial fiber.

This is one of the important points one can ever hear about daily fitness tips as it lets an individual pick the needed items and cook it in the healthiest way. If at all, one has never cooked before then it’s a great time to kick start as it helps a person to understand the value of food and the need to intake healthy items.

One must have heard it many times about the importance of protein and why should one intake it on a regular basis. High protein diets are effective to battle weight regain which happens quite often with millions of people. It can act as a power booster if you a person is working as it lets builds the muscle and gives it the desired shape. Well-balanced breakfast can help a person to maintain weight for a long run.

It is best to avoid soft drinks, sodas, fruit flavoured juices, alcohol, lattes, etc. as none of them have the needed protein and fiber to help one feel full. Successful people who have continued to live a healthy lifestyle always make it a point to avoid the above drinks as it can ruin the efforts within a short period.

There is no other way to look at if one stores unhealthy food and eats it and also consumes healthy ones. It totally loses the essence of the fresh ones as packed items as manufactured with additional substances which add more additional taste and increases the longevity of the product.

Though maintaining a healthy diet is the key, to increase the metabolism of the body one needs to place a balance and cheat meal does that. People tend to get overwhelmed with the opportunity and eat whatever they can which is not healthy and destroys a good lot potential when it comes to weight loss. One needs to stay motivated during this period and should consume them in a smaller proportion.

It might sound harsh but it is necessary to have an eye on one’s weight as an acknowledgment of it can only lead to success. It is also a reality check which makes one pay attention. It doesn’t mean that one should always check the weight rather pick a reasonable period that one should verify. Once or twice a week is a great option even twice a monthly works but make sure that it doesn’t go longer than it.

There is no alternative as weight loss can be the most effective if a person works out which doesn’t mean that one should exercise rigorously. Start with jogging, running and as the time passes on, get on to advanced stuff which can mold the body in a tremendous way.

Make a rough sketch and try to implement it. It is very useful to jot the things that one has consumed as it lets a person count the calories and other useful information, in the initial stage. It shouldn’t mean that one should stress out if not reached the goal, the whole point is to make consumption of healthy good a habit. It might be hard but can be achieved if strived.

Tons of people get into the notion of letting the weight loss program go when they achieve the goal as it only leads to weight gain within a short span. Emphasize on practical adaptation so that in the later stage it might not come as a hindrance.